Following the signing of a merger agreement on 20th February 2014, Euromap GmbH and GAF AG have officially started the process of merging. Once this tie-up has been completed, Euromap GmbH, which has more than 20 employees, will continue to operate as a branch of GAF registered in Neustrelitz, Germany.

The Managing Director of Euromap, Dr. Rupert Haydn, and the CEO of GAF, Dr. Peter Volk, are both convinced that the long-planned merger is not only in line with the ever increasing cooperation between the two companies, but also promotes the utilisation of synergies between the two locations. One of the aims is to expand further the company's activities in Neustrelitz. Mr. Marcello Maranesi, CEO of e GEOS (an ASI/Telespazio Company), the majority shareholder of GAF, also welcomes the merger as it represents a rationalisation of the company's activities in order to better face the challenges of growing in an ever more competitive area of business.

Euromap was founded in 1996 in order to act as the exclusive distribution channel in Europe for data from the Indian Remote Sensing IRS-1C and IRS-1D satellites, which at that time had an unprecedented spatial resolution of 5.8 m. On behalf of Euromap, the German Aerospace Centre's (DLR) technical facilities in Neustrelitz have received and made available the raw data of five Indian satellite missions over the last 18 years. The data acquisition planning, archiving and processing, as well as the European distribution of derived products, is carried out by Euromap. As an SME, GAF was able to use the unique selling point of exclusive data distribution via its wholly owned subsidiary Euromap to achieve above average growth within the course of just a few years of the founding. This helped establish the business as a commercially stable company with a prominent position in Europe.

In addition to data distribution, Euromap has also been managing successful projects in the fields of mass data processing, software development and the thematic analysis of satellite data for several years. These activities will be further developed and expanded at the GAF Neustrelitz office in the future. The exclusive distribution of IRS data in Europe will continue to be carried out as a GAF service using the Euromap brand. 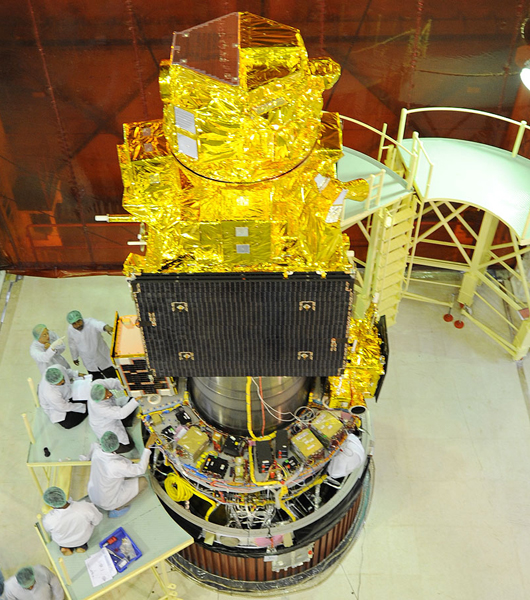