It has been announced that GAF AG is the winner of the Company Achievement Award 2015. This award recognizes GAF as a company that has made significant contributions to the development of the Earth observation (EO) services sector in Europe.

Munich, June 19, 2015GAF was presented with the prize by the chairman and secretary general of the awarding body, the European Association of Remote Sensing Companies (EARSC), at the annual association meeting in Brussels. The award reflects the contributions made by GAF over the last 30 years, having grown from a small university spin-off to a European leader in the sector. The company now has more than 200 staff and an annual turnover of close to €30 million. Its track record comprises more than 1000 projects in over 100 countries on 4 continents. GAF is today one of the most experienced European service providers in the EU/ESA Copernicus programme, covering all of its thematic areas and offering particular expertise in Land Monitoring and Emergency Management services. This is demonstrated by the fact that more than 60 members of staff are currently dedicated to the provision of Copernicus services, including the operation of a 365/24/7 emergency service.

Selection of the winner took place in a two-stage procedure: EARSC members were first asked to nominate companies and subsequently vote to obtain a selection of five candidates. The final selection was then done by an independent international jury of renowned experts in the field of Earth observation. 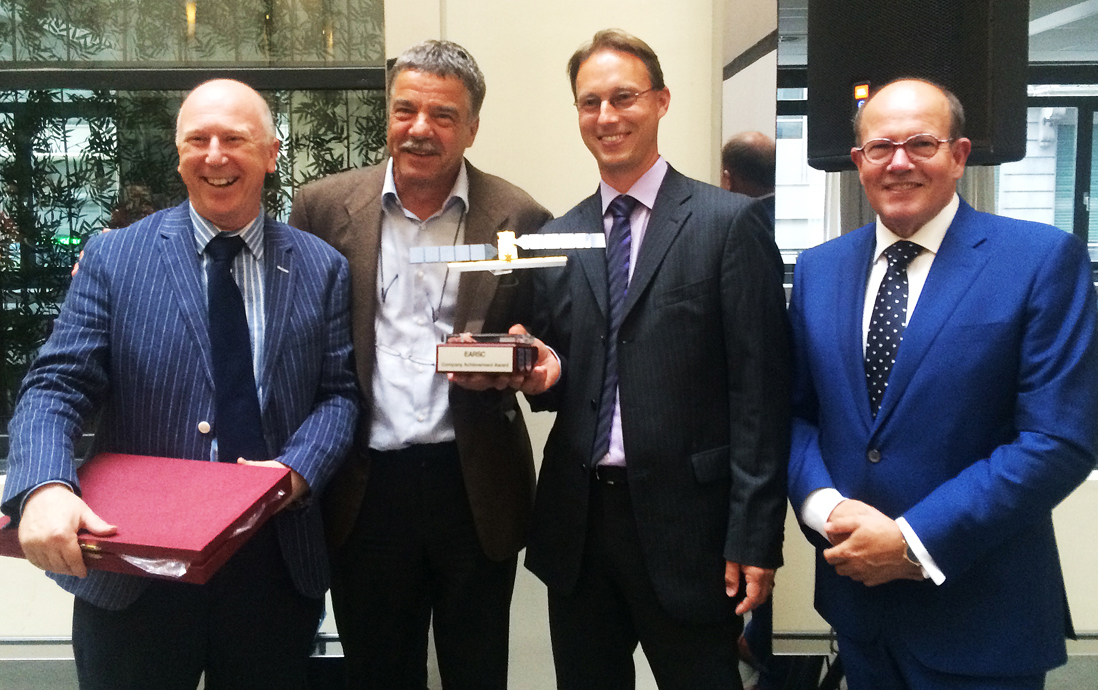