As a result of its involvement in the Copernicus activities and the orthorectification of very high resolution (VHR) data for nearly 3.5 million km² of contracted area in the past 3 years, GAF realised there is a need for a consistent reference in the x, y and z directions, to minimise distortions within and between ortho-products.

Therefore, GAF now introduces a product called Euro-Maps 3D for Ortho, consisting of an ortho layer with 2.5 m resolution and a digital elevation model (DEM) with 10 m post spacing. Both components are derived from data produced by the Indian Cartosat-1 satellite, which has a fixed mounted optical stereoscopic camera providing stereo pairs with 2.5 m resolution. Stemming from the same source, ortho layer and DEM have exactly the same, consistent geometry, which makes the product a perfect x, y and z reference. Several tests in urban as well as mountainous areas across Europe with VHR satellite imagery have shown its potential in terms of significantly improving the geometric accuracy of orthoimage products in the pan-European context.
The seamless 2.5 m resolution panchromatic ortho layer is based on the near-nadir images of the Cartosat-1 stereo pairs, automatically stacked according to criteria including their cloud cover and sun elevation.
The digital elevation model (DEM) with 10 m post spacing consists of a good approximation to a digital terrain model (DTM) for urban areas and a digital surface model (DSM) elsewhere. This has the advantage that geometrical distortions in VHR ortho images over built-up areas are minimised.

For Europe, the product is based on stacks of up to 15 stereo pairs. The use of multiple stereo pairs acquired using different acquisition angles minimizes the void areas that are filled with other DEMs and multiple height measurements make the product highly reliable. Major water bodies were automatically detected based on Sentinel-2 data and flattened accordingly.
The product is already available for most of the territory of the 39 EEA member and cooperating countries and GAF plans to complete production and editing during summer 2018. For the production, a highly automated processing chain developed in close co-operation with the German Aerospace Center (DLR), which has already been used to generate ortho-images and Euro-Maps 3D DSM products for several millions of square kilometres, is being used.
Euro-Maps 3D for Ortho complements the product line GAF elevation, which includes Euro-Maps 3D DSM products with 5 m post spacing and VHR multi-stereo DSM products. 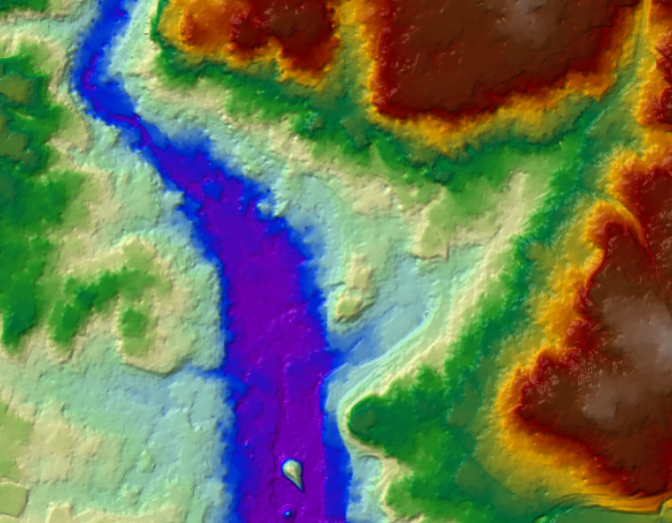