GAF AG, the exclusive supplier in Europe of optical Indian Remote Sensing data from several missions, operationally provides ocean colour data from the Ocean Colour Monitor aboard the Indian Oceansat-2 in near real time to ESA.

After signing respective agreements with ESA and Antrix, the commercial arm of ISRO, GAF as the prime contractor in cooperation with DLR has upgraded the ground station in Neustrelitz to accommodate the reception of data from the Ocean Colour Monitor (OCM) aboard the Oceansat-2 Indian remote sensing (IRS) satellite. The integration and relevant tests were completed in 2015 as planned.

Since the start of the operational phase on 1st January 2016, OCM data from all the satellite passes within the five degree visibility cone of the Neustrelitz ground station has been acquired, processed to create system corrected image products and geo-physical parameter products, and delivered to ESA in near real time (NRT). Thanks to the wide swath of the OCM, Europe and the surrounding waters are covered every two days.

After registration, the data can be accessed free of charge through ESA’s EOLI-SA or through the Lite Dissemination Server. See earth.esa.int/web/guest/missions/3rd-party-missions/current-missions/oceansat-2 GAF’s sub-contractor, the German Aerospace Agency (DLR), provides GAF with the satellite data reception service at its ground station in Neustrelitz. The Oceansat-2 activities in Neustrelitz are funded by and carried out under the Third Party Mission programme of the European Space Agency. The views expressed herein can in no way be taken to reflect the official opinion of the European Space Agency. 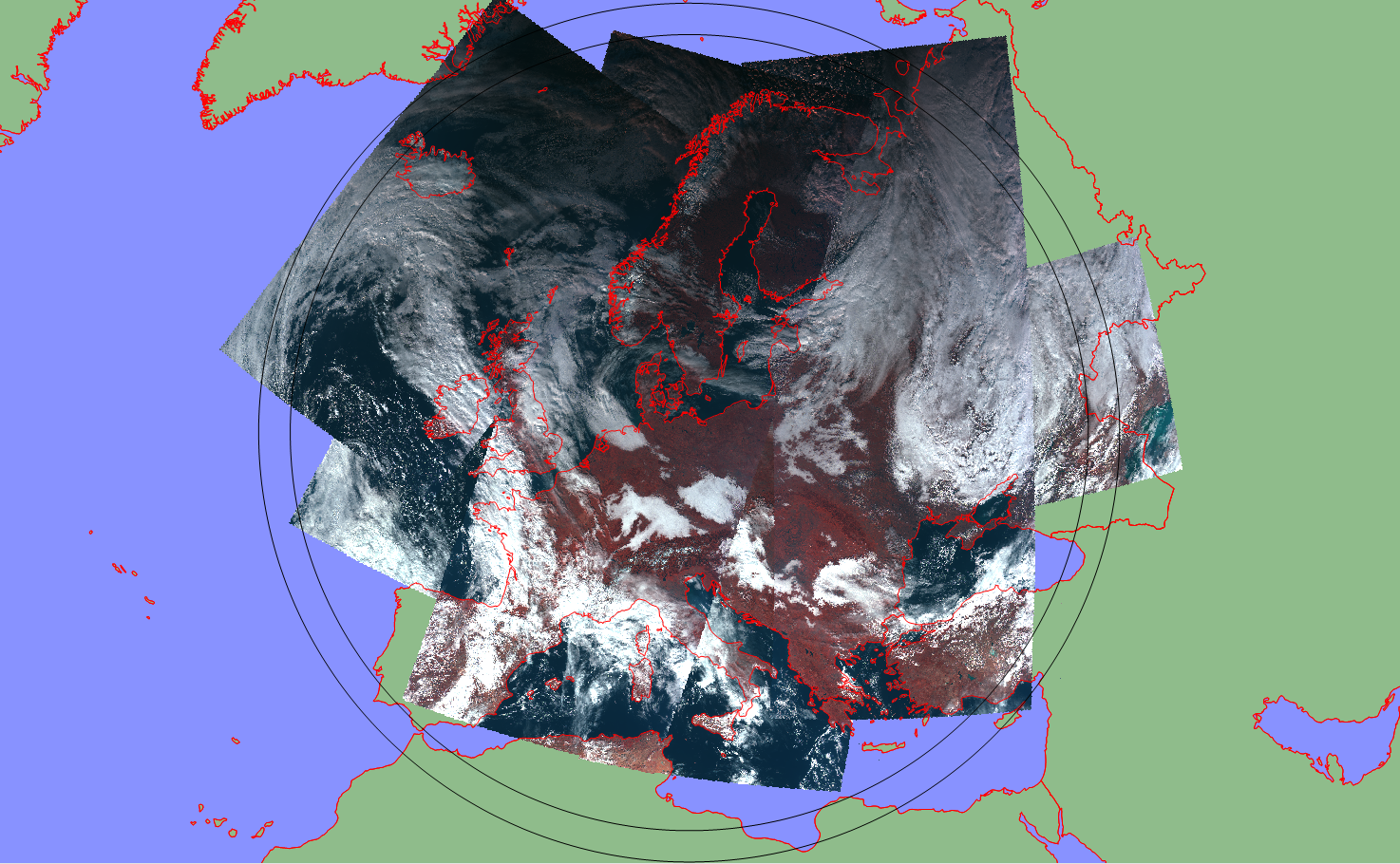