GAF has developed and implemented an easy-to-use web-based system to recognise indications of unlicenced artisanal and small-scale mining (ASM) in tropical forests - the “ASM Alert” platform. The platform combines free and publicly available satellite data – in particular European Copernicus Sentinel imagery - with a number of other geodata layers and machine-learning for the analysis. The platform then enables the ordering of commercial, very-high-resolution (VHR) satellite imagery for the identified target areas. The implementation project is being conducted by GAF, Germany, together with the partner IES, Netherlands, and is funded by the European Space Agency (ESA). ASM Alert can be accessed at: https://asmalert.gaf.de

The ASM Alert platform is funded by ESA and has been implemented in a project being carried out by GAF (lead partner) and Institute for Environmental Security (IES), Netherlands. It provides analysis of high-end data from VHR satellite imagery, in particular from the European Copernicus Programme. The project aims to identify unlicenced ASM in tropical forests, which can have considerable negative effects.

GAF has taken great care to ensure that the new platform, a web-based system, is easy to access and use, so that the detection of illegal ASM and the taking of relevant actions can be facilitated and accelerated. The system has now been validated and demonstrated in the tropical forests of the Guiana Shield in Venezuela, which are part of the largest mega biodiversity area in Amazonia.

The negative effects of uncontrolled ASM include harming the environment, polluting water resources, destroying the livelihood of local communities and causing social conflict. Most importantly, the frequent practise of using mercury or cyanide during gold processing poses a serious health threat.
The platform’s very-high-resolution (VHR) satellite imagery can show full details and thus allows verification and validation of the findings. This can serve as future legal evidence. The ASM Alert project started in July 2021 and has a duration of 12 months.

The NGO IES – Institute of Environmental Security is a partner of GAF in the project and has assisted GAF with consolidating the user requirements. The NGO S.O.S. Orinoco fights against “ecocide” and similar crimes and is involved in the evaluation of ASM Alert.

The project ASM Alert is now promoting the platform to key decision makers and institutions like the OECD, the Minamata Convention, the Organisation of the American States (OAS), the World Bank, the United Nations Environment Program (UNEP) and also the International Criminal Court.

Amazonia is home to several indigenous tribal communities, and hosts world heritage sites such as the Canaima Nature Reserve. If licenced and controlled, artisanal and small-scale mining (ASM) can offer job opportunities and help fight poverty. However, in this area Colombian guerrilla forces as well as parts of the Venezuelan military and police are drivers of uncontrolled and thus harmful ASM. They extort and attack local communities and gold smuggling is rife. Field work and verification is difficult and dangerous, so remote sensing is an excellent tool for collecting evidence and improving visibility. 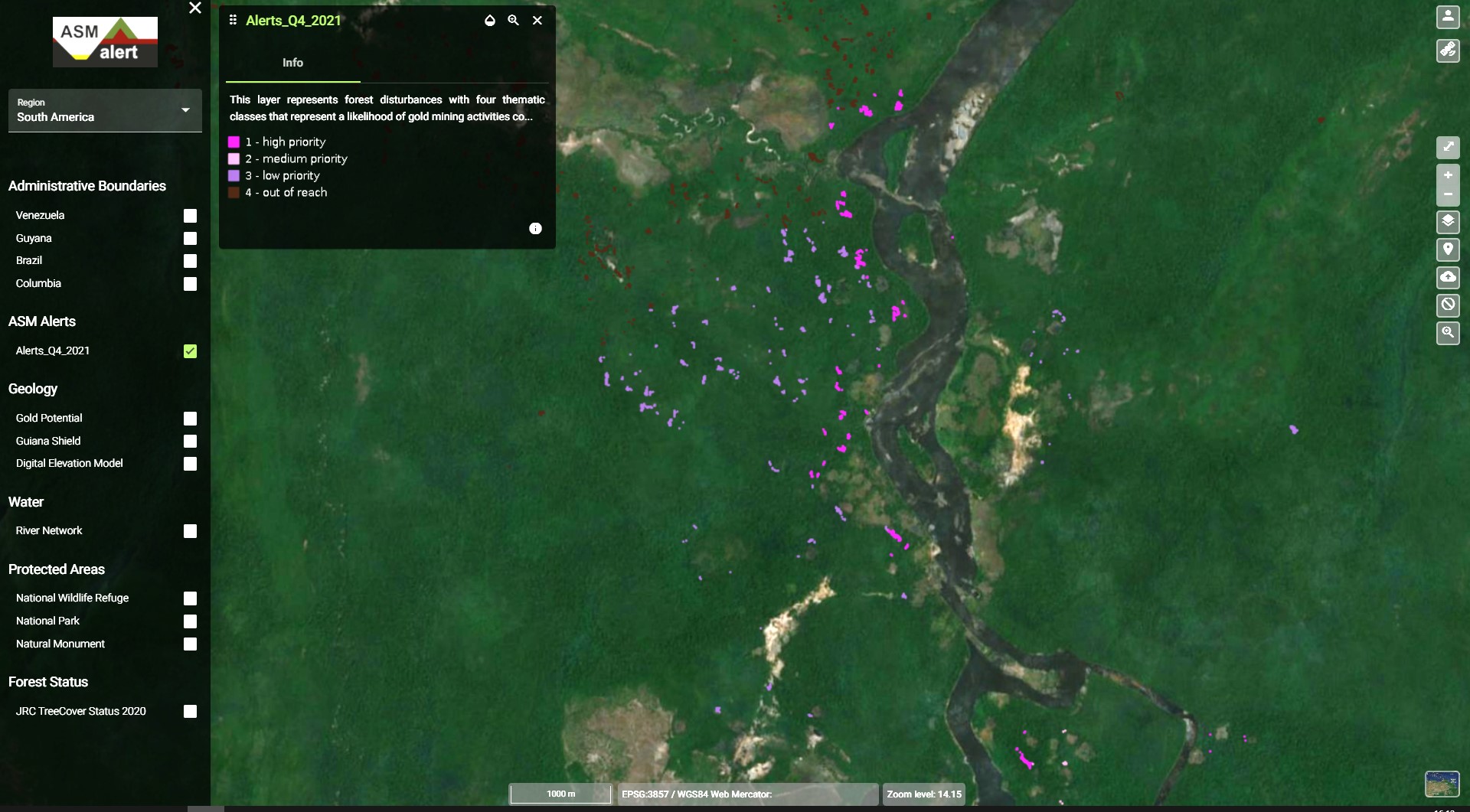 Fig. 1: Detail example of ASM alerts for the Quarter IV in 2021 – lilac dots on the BING map background indicate new activity along river courses. The closer the dots are to the river, the higher the probability is that the forest disturbance relates to ASM.